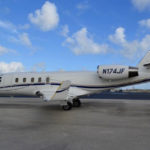 A walk around was performed starting on Forward LH side going backward, all the way around the aircraft.  Aircraft was repainted in 2013 and is in good condition. We would rate the condition of the Exterior as 7 out of 10. The exterior gives a good expression and have a good gloss on the paintwork. No signs of damage. Windows are clear with no scratches and have good status.

Cracking paint in a few areas where metal meets composite material, showing that the paint utilzied was applied in one spray.

The reason being the difference in movements from the two materials – this is normal and can be adressed at a low cost.

Minor paint issues due to high speed abreshion at a few areas.

A few small paint chip on wings from maintenance work. The majority have been adressed, but we saw three places where minor paint touch up will be required.

Possible leak on LH Stabiliser de-ice boot. Other de-ice boot in good condition. (will be confirmed during pre-buy inspection )

Abreshion boot on winglets and outer wings to be replaced – cosmetic issue.

Fuel leak from central tanks nipples, possible due to fuel pump pressure. (Will be examined during Pre Buy Inspection.)

The interior is completed in light beige leather with a darker brown carpet and a side liner in dark beige pattern. The woodwork is in a high gloss veneer in a darker wood type.

We would recommend to install a carpet that is lighter in colour than the current carpet in order to give the cabin a bigger impression – as the dark carpet is not ideal in color. We will also need to install a carpet cover in a non-flammable material as cover when the aircraft is utilized for EMS operations.

The Aircraft is equipped with a DVD and a LCD screen that flips out from the center console. The DVD works well.

The Airshow is not working and we are discussing with Gulfstream different approaches to this issue.

There is a SATCOM installed on the aircraft but it is only for vioice.

We are in discussion with Gulfstream to find a solution that would enable the use of Internet / Email during flight and will revert in a few days with this.

The Aircraft have the Collins Pro Line 4 Avionics system. During the Avionics check all systems were working normally and no deficiancies were found.

The majority of the installed equipment is installed under DUNCAN Aviation STC´s – which as a general rule have EASA Approval.

The SATCOM is a Thrane & Thrane TT-3000 satcom which was a very good system when new – We will be examining if this system can be upgraded to be internet capable.

An SB / STC Gompliance check will need to be performed to verify that the installed equipment undet SB & STC have EASA Approval. We do not see any major problems here as the STC issuer is one of the largst avionic upgrade suppliers.

An independent review is however scheduled under the Pre Buy Inspection and we may take the initiative to perform this early to further assure that no major issues will exist in this matter.

The historical inspections consist of Six ( 6 ) large plastic boxes from the delivery of the aircraft until todays operation. The boxes and the books are catalogized and in good order.

The Indian system of maintenance updates and reviews are different from ours but we so no issues as the aircraft maintenance have been following Maintenance Manual Chapter 5.

During the Import procedure in February 2013 a complete review of all maintenance was conducted by Gulfstream West Palm Beach and the aircraft recieved its FAA CoA giving it a clear approval for the Historical Maintencance by Gulfstream Aerospace.

From Import into the United States in February 2013 and following FAA regulations there have been no discrepancies in regards to the maintenance schedule. All inspection have been performed as per the regulations with a well recorded and complied inspection. Most inspections have been done by Gulfstream Aerospace – West Palm Beach.

In 2013 the aircraft recieved a new Interior and New Exterior paint. 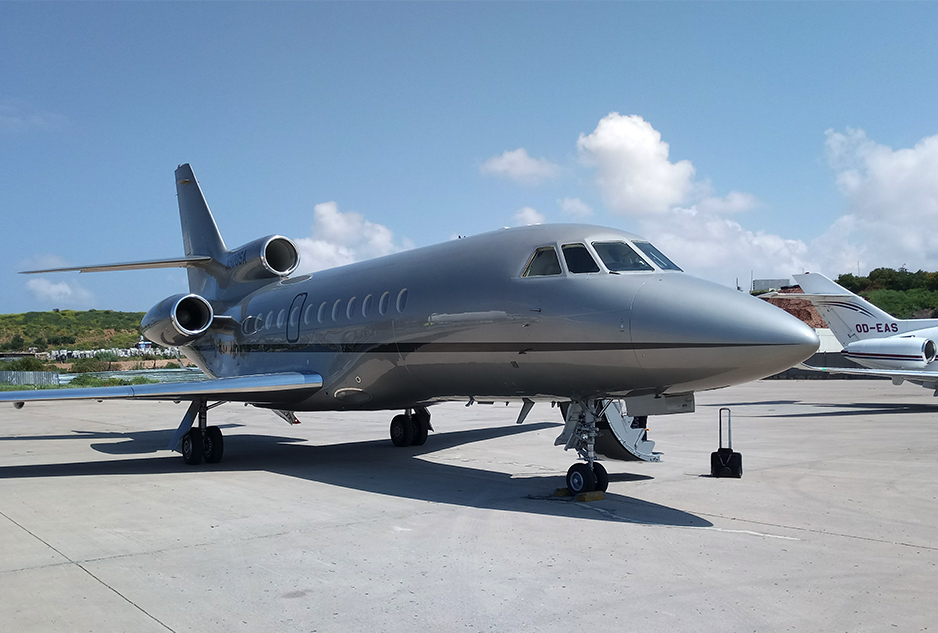